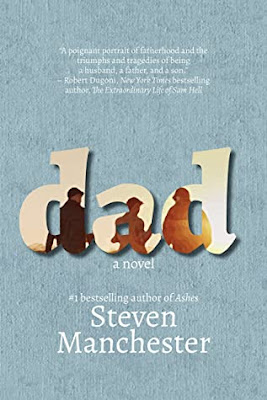 Three generations of dads, playing traditional roles in each other's lives, arrive simultaneously at significant crossroads. The decisions they make and the actions they take will directly - and eternally - affect each other. After a life of hard work and raising children, Robert is enjoying his well-deserved retirement when he discovers that he has an illness he might not be able to beat. At 19, Jonah is sprinting across the threshold of adulthood when he learns, stunningly, that he's going to become a father. And Oliver - Robert's son and Jonah's dad - has entered middle age and is paying its demanding price. While reconciling the time and effort it has taken him to reach an unfulfilling career and an even less satisfying marriage, he realizes that it's imperative that he keep it all together for the two men who mean everything to him. When different perspectives lead to misunderstandings that remain unspoken - sometimes for years - it takes great strength and even more love to travel beyond the resentment. Dad: A Novel chronicles the sacred legacy of fatherhood.

This is the story of three generations of dads in the Earle family.  The patriarch of the family, Robert, is retired when he learns he has a serious illness.  Then we have his son, Oliver, who is dealing with a boring career and a troubled marriage.  Jonah is Oliver’s teenage son who is trying to figure out what he wants to do with his life when he’s tossed a curve ball and has to rethink his plans.

The book delves into the relationship of the three men and how it effects everything they do today.  The main focus is on Oliver.  He has to figure out how to deal with a not-so-perfect father and how to not make the same mistakes with his own son.  At the same time, he wants his marriage to work but they hit more stumbling blocks than anything else.

I don’t want to give away too much of the storyline.

The book is a huge slice of life filled with realistic characters in realistic situations. It’s a poignant, heartwarming story that grabs your heart.  My eyes were drowning in tears as I read this book.  Talk about tugging at your heartstrings.  This book certainly did that and more.  It’s one of those books that you won’t soon forget.

I’ve been a big fan of Steven Manchester’s work for years and this did not disappoint.  In fact, it’s now my favorite of his books.  Thank you for this emotional ride.  If I could give this higher than 5 stars, I would.  It's on my favorites of 2021 list.

FTC Disclosure: I voluntarily reviewed a free Advance Reader Copy of this book from the author. I was not required to write a positive review.  All opinions expressed are my own.

Thank you for stopping by and visiting my blog! I always love reading comments and getting to know my readers!

After some careful consideration, I've decided to become an award-free blog. Although I appreciate and am honored by each and every award I've received, your comments and friendship are enough award for me. Thank you all so much for your thoughtfulness.

Due to way too many spam comments, I disabled the Anonymous User comments. We'll see if this works, otherwise I'll have to go back to word verification.